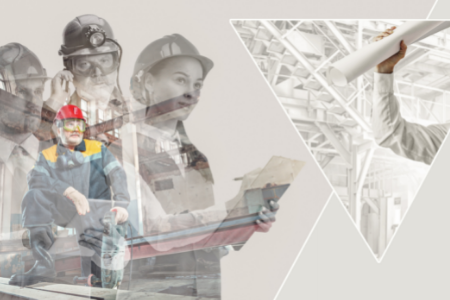 Employment in the construction sector has grown by 17% in the past year with more than 156 000 new jobs created in the 12 months leading up to the second quarter of 2021, however, it should be noted that this growth is coming off a low base in 2020Q2 when there was a lockdown and very low activity taking place.

“These are encouraging signs that construction and engineering is recovering from the economic downturn and the impact of the pandemic, and benefit from expected higher levels of investment in infrastructure, says Bongani Dladla, the acting Chief Executive of the Construction Industry Development Board (CIDB).

However, there has been sharp decline in employment since 2017 and the number of people working in both formal and informal construction is currently at the same level as in 2014.

The quarterly figures are based on own research conducted by the CIDB through its SME Business Conditions Survey, as well as the quarterly labour force survey and quarterly employment statistics released by StatsSA.

Dladla says the construction industry is an important player in job creation with an impact on a range of other sectors such as manufacturing, mining, transportation, real estate, and business services.

Construction is one of the industries that have higher employment shares relative to its contribution to the gross domestic product. The sector accounts for 8% of total formal employment while its share of nominal GDP is 2.5%.

By the end of the second quarter of 2021 the formal construction sector employed some 476 185 with the bulk of people (56%) working in civil engineering and some 38% in general building.

The effect of the downturn, the Covid-19 lockdown and the lack of demand for construction is reflected in the job losses that were experienced in the sector. At the end of 2021Q2, StatsSA Quarterly Employment Statistics (QES) showed that construction employment declined by -2.4% year on year, -6.4% in civil engineering and 3.4% general building.

“Construction constitutes 16% of employment in the informal sector, which is a significant contribution,” says Dladla. During the period under review there was an 11% growth in job opportunities on a year-on-year basis.

The informal sector includes the self-employed in micro-businesses that are not registered for income tax or VAT as well as short-term and casual employees. Most of these enterprises have linkages with the formal sector through subcontracting and the provision of labour-only services.

Dladla says the CIDB’S research indicates that the shortage of skills is one of the biggest constraints for business growth experienced by contractors. This shortage also drives up the cost of labour resulting in decreased profit margins for small and medium contractors.

The CIDB B.U.I.L.D Programme announced by Public Works and Infrastructure Minister in 2020, is designed to provide workplace learning opportunities to university and college graduates to grow skills for the construction industry.

Managing construction waste is part of a greener...

Paintsmiths passion for the environment reflected in eco-friendly...

High-performing filter aid is the new benchmark for...