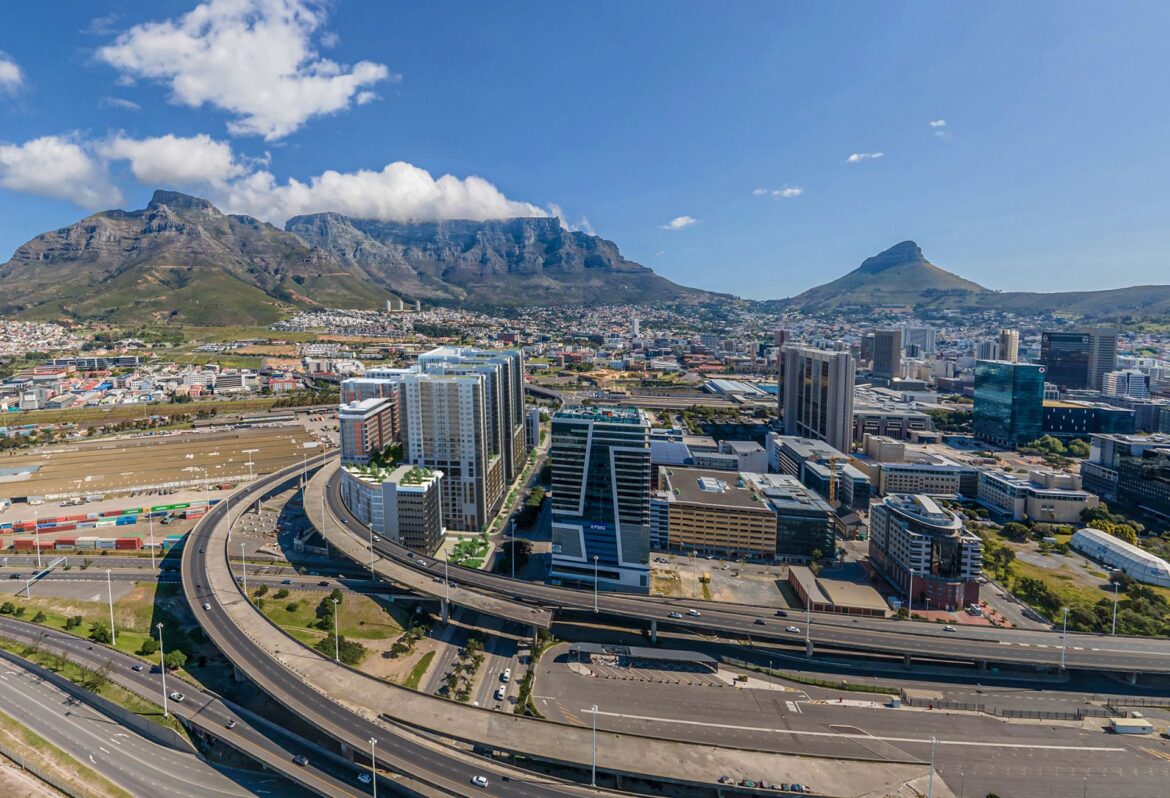 The tourism and hospitality sectors have been hardest hit by the Covid-19 outbreak but construction and property development industries have also been brought to their knees, plagued by project delays and contract cancellations resulting in widespread job losses and retrenchments.

“The construction industry has taken a pounding in recent years, with the collapse of Group Five and other big industry players, but its decline has been significantly exacerbated by the nationwide lockdown imposed last year,” says Nicholas Stopforth, Amdec Property Developments Managing Director.

While many developers have responded to the sector downturn by taking a cautious approach and adopting a wait-and-see attitude, one company bucking this trend is the privately owned and operated Amdec Group, developers behind the Harbour Arch mixed-use precinct on Cape Town’s foreshore.

At a recent site inspection attended by Western Cape Premier Alan Winde, Wesgro CEO Tim Harris and Investment Manager Rehana Boolay, Amdec Group’s CEO James Wilson, said that he wasn’t aware of any other privately-funded developments of the scale of Harbour Arch in Cape Town – and possibly even nationally – under construction and progressing at such an aggressive pace.

“Our decision to forge ahead with the development under current conditions is a real statement that demonstrates our confidence in this country and that we believe in the long-term future and economic viability of South Africa,” Wilson said.  ”Current levels of poverty and unemployment are excessive and unacceptable, so it is vital that the public and private sectors work together much more closely and create employment opportunities to alleviate this.”

Premier Alan Winde commended the Amdec Group for being bold in the development space, saying that Harbour Arch would contribute significantly to the region’s post-Covid economic recovery plan.

“Harbour Arch is a flagship investment in the City of Cape Town, and will contribute in an important way to job creation at a time when our province desperately needs it,” he said.

“These are really exciting times for a developing city and I think that job-creating investments such as this one are definitely going to influence further future development in the region.”

Redevelopment of the 5.8-hectare Culemborg site

Harbour Arch will see the redevelopment of the 5.8-hectare Culemborg site on the northeastern edge of the Cape Town CBD, into a large-scale mixed-use development comprising six individual towers.

Wilson said that Harbour Arch hopes to provide in the region of 20 000 construction jobs over the next 10 years, varying from labour opportunities through to highly skilled artisans and project managers.

“The Amdec Group believes strongly in transformation and empowerment and will have a firm focus on partnering with small black-owned businesses who operate within the construction and real estate sectors. We hope to bring them on board as subcontractors to our main contractor, WBHO, and provide opportunities for growth, learning and upskilling”, Wilson shared.

“A project of this magnitude does not only show that the City of Cape Town is open for business and that people are still confident about investing here, but it’s also critical for job creation and attracting trade and investment into the province. I fully support the Amdec Group’s vision, and hope that this is not the last development we will see from them in our city and province,” concluded Wesgro CEO, Tim Harris.

Construction of Harbour Arch Tower One is proceeding at pace and is on schedule for completion in May 2023.